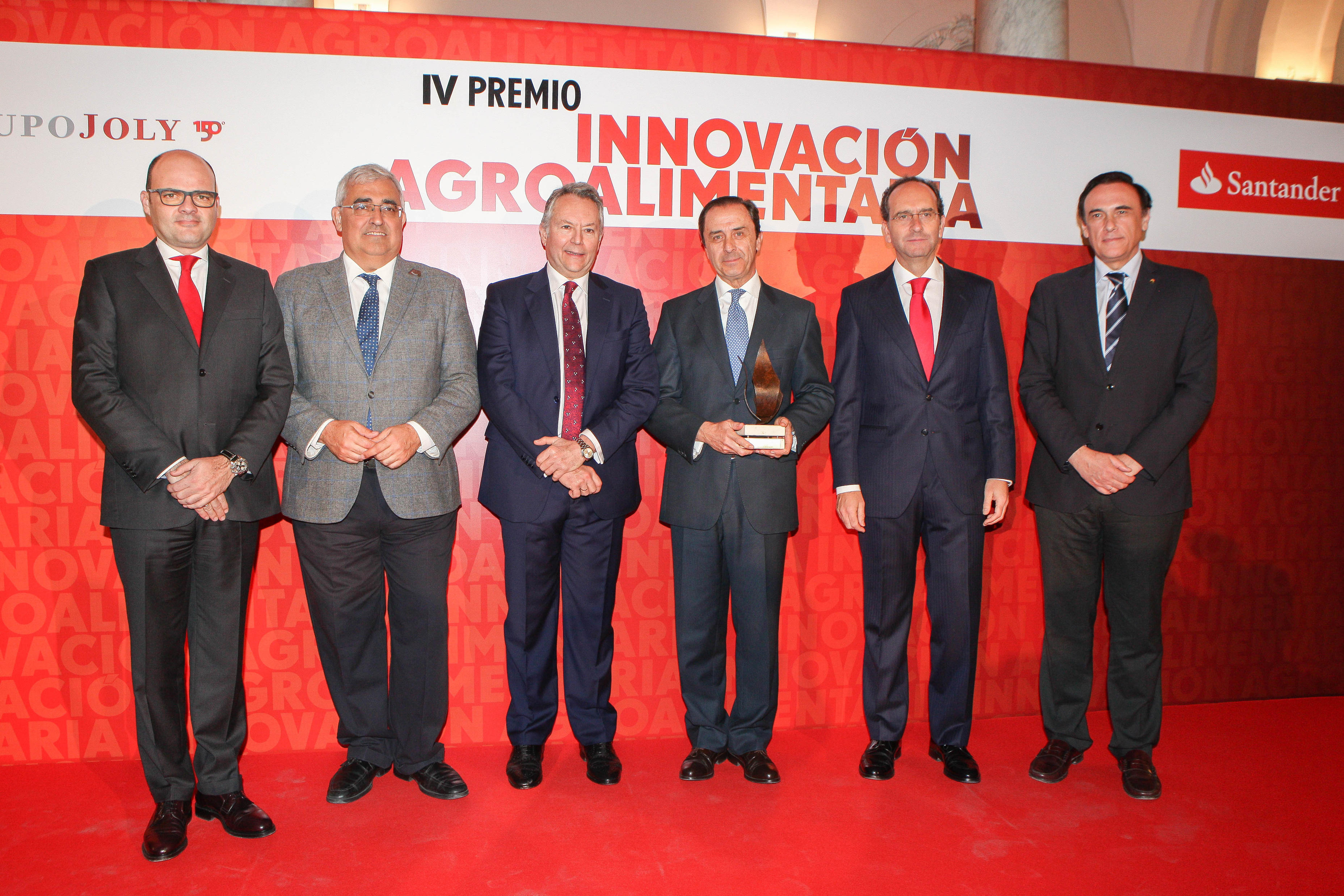 The Valle de los Pedroches Livestock Cooperative won the fourth Farming Innovation Award given by the Joly Group and Banco Santander, joining a fine group of people and firms that have contributed towards boosting the farming and food sector in Andalusia.

Ricardo Delgado Vizcaíno, COVAP's chairman, collected the award at a ceremony held on 21 February at the Yanduri Palace in Sevile, the headquarters of Banco Santander in Andalusia, from the regional minister of finance and knowledge, Antonio Ramírez de Arellano López. At an event attended by more than 200 people from the world of business, the public sector and associations, COVAP's chairman explained that the secret is: "People: there has been ethical leadership right from the beginning and ever since, with a huge amount of social awareness, preaching by example, consistently and honestly, and that has brought together thousands of different needs and viewpoints. In Los Pedroches the conditions were far from ideal (as sparsely populated area, widely scattered locations, no decision-making centres), but those pioneers made it happen."

During the event, the regional minister stressed COVAP's "unifying character" over the whole district of Los Pedroches, an area "that was not destined to create any special wealth, but with tenacity and strong leaders it has grown to become a major force in the farming and food sector in Andalusia."

Speaking more generally, the regional minister noted how Andalusia's success with exports in 2017 (with nearly €31 billion in sales) is based on the farming and food sector, which, despite the growth of medium and high technology, is still "the true driving force" of sales abroad.

"This due to a very strong drive for innovation," the minister said. "We talking about the processing sector, but the fresh sector is also highly relevant, supported by technology and international positioning." In the end, he concluded, what we are seeing is that the more traditional sectors are involving to "build that culture of innovation into their stock."

The chairman of the Joly Group, José Joly, noted that COVAP has been "a flagship ever since it first gave Andalusia prestige and fame back in 1959", stressing that the cooperative has become "a truly revolutionary force in the area's economy, managing to fix a stable, growing population in rural areas where it is so needed." With regard to the award itself, he said that any prize only becomes important on the back of the prestige of its winners, and that is what we have been seeing since the first edition in 2015.