COVAP receives the sustainable development award from the CEDE Foundation 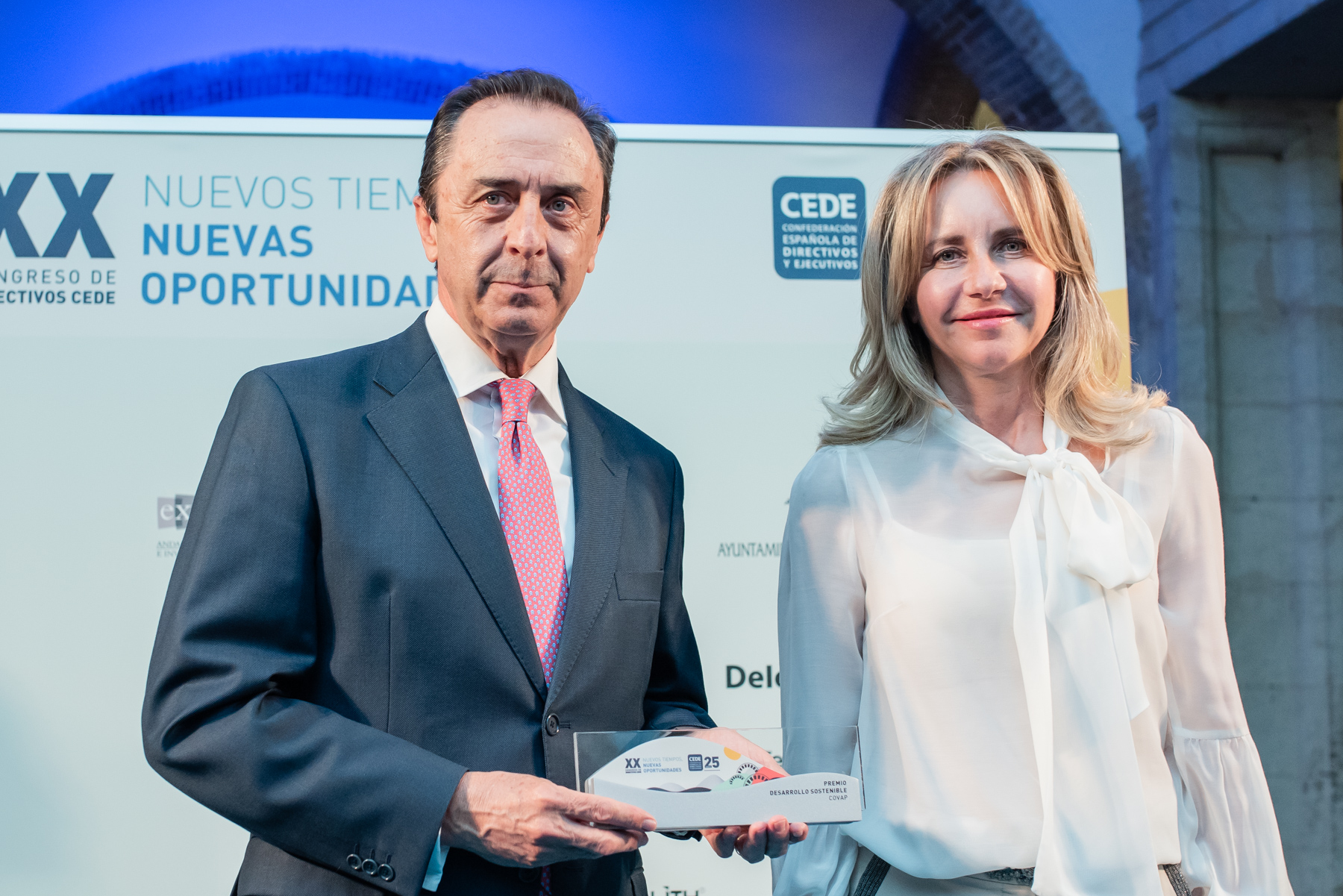 Preceding the 20th Annual Congress of the CEDE Foundation(Spanish Confederation of Executives and Managers) , this year, the Annual Professional Excellence Awards Ceremony was held in Córdoba with the theme ‘New times, new opportunities’. The seven awards given out were in recognition of the social performance and efforts of executives, companies and organizations in the province.

COVAP was given the award for sustainable development at a ceremony held on Wednesday, November 3 at the Royal Stables.

Its president, Ricardo Delgado Vizcaíno, received the award from Ana Bujaldón Solana, president of the Spanish Federation of Women Directors, Executives, Professionals and Businesswomen (FEDEPE). He thanked her for the prestigious award and emphasized that the Cooperative “has a business model based on people and tied to a region, whose social and economic development it contributes to, slowing down rural depopulation”.

Aside from COVAP, the winners were the PRODE Foundation, Loyola University Andalusia, PUMA Group, SP Group, Genially and AFAR.