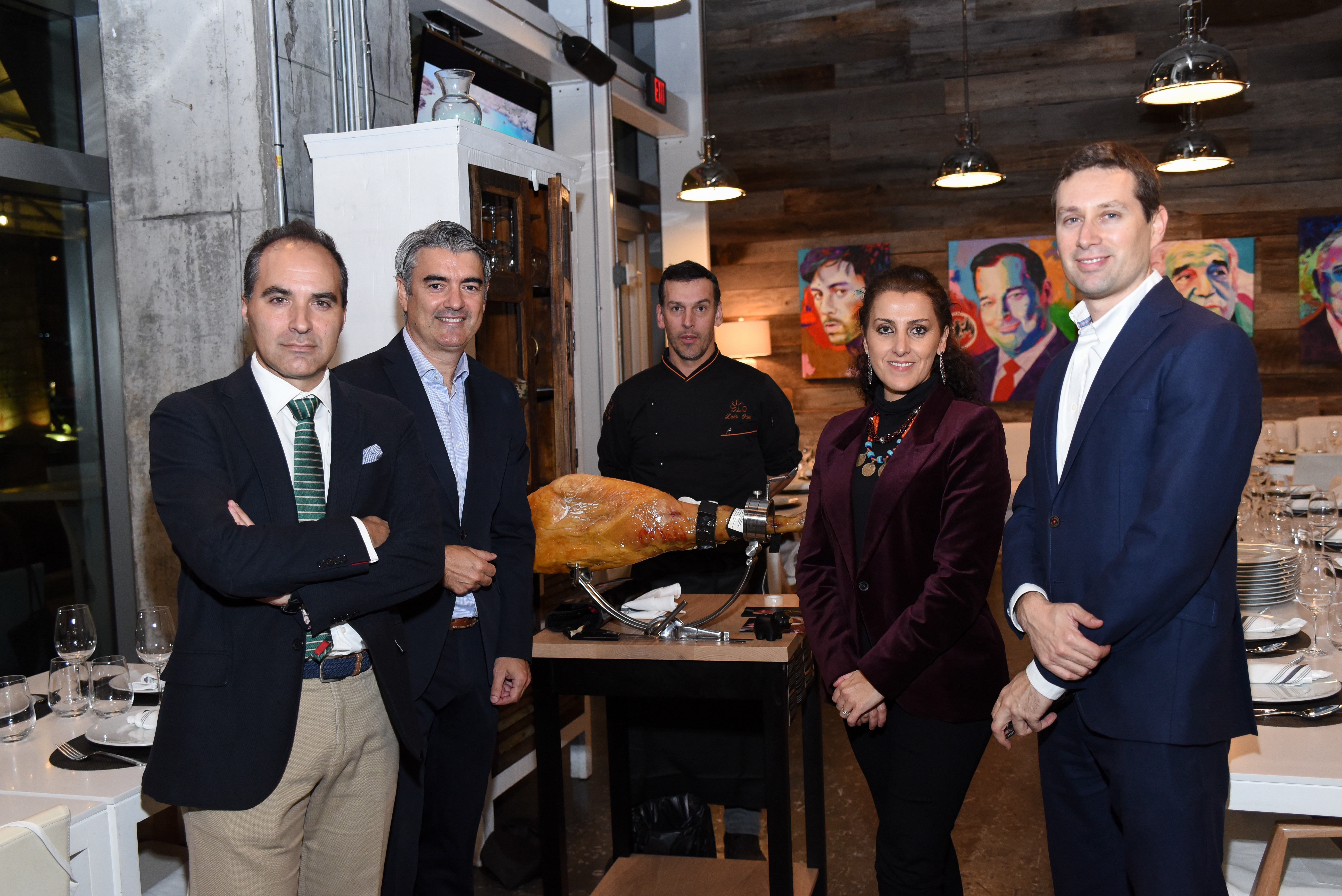 A total of 46 American journalists and 32 media outlets, including influencers, Instagrammers and bloggers, learned in Miami about the characteristics and cutting of Alta Expresión de Los Pedroches 100% Ibérico Ham, at a promotional event co-organised by the Spanish Finance, Knowledge and Tourism Ministry and Extenda, as part of the sixth edition of the Interactive Cooking Experience.

This culinary event was held at the Valentia and Xixon restaurants, included several courses on cutting Ibérico ham and workshops on the properties of this much-prized Spanish food product, titled How to Cut, Preserve and Taste an Ibérico Ham.

Besides the interactive exhibition with those invited, the event was combined with the creation of several characteristic dishes of Mediterranean cuisine, including both innovative and traditional tapas and using typical Andalusian products such as olive oil and wine.